From brainstorm to bottle, the makings of a good idea with Boyd & Blair

An award-winning distillery shares success tips behind their ideation process

It was during a tour of the Jack Daniels distillery that Boyd & Blair’s Barry Young realized he could meld his background in science with his passion for spirits. “I thought to myself, ‘I could do this; I could start my own company. How difficult could it be?’” he says, laughing and turning to face his wife and business partner, Jennifer.

While Barry and Jennifer would never call the journey easy, they had a plan from the start for Boyd & Blair, an award-winning distillery that recently earned the coveted top spots for both Vodka and run in the 2020 Ultimate Spirits Challenge. They would enter the spirits market with a vodka, the best-selling product in the sector. They also knew they would make every effort to set themselves apart in the category. “We wanted to do a potato vodka because they’re harder to ferment than the corn and grain vodkas of the world,” says Barry. “There’s an extra conversion step in there, and that’s what gives them a smoother mouthfeel and a sweeter flavor.” The fact that potatoes were a prized local crop (Pennsylvania ranks as the 6th largest potato grower in the United States) only confirmed their decision.

It wasn’t the only differentiating factor the couple set out to offer. About six months into their journey, Barry realized that adding Champagne yeast to the fermentation process was a game changer—it helped to hone in on the natural starches of the product. Then, there was the rather unprecedented route the couple took in their distillation process—nixing the “tails,” or alcohol distillate, altogether.

“When you distill, you get three segments of alcohol from the still—the heads, the hearts, and the tails,” says Barry, who notes that it’s the hearts alone that comprise the pure alcohol needed for the product, while the heads and tails don’t serve the end result in a desirable way.

“Most vodka distilleries include the tails but try to mask them,” notes Barry, who credits tails with the harsh aftertaste people so often associate with vodka. “I never understood why I’d want to put something back into my product that would degrade the flavor profile.”

Instead of calling upon a continuous still that automatically recycles the tails into bottling, Barry and his team decided to use a hand-built German still that allows them to cut the heads, hearts, and tails at key points in the process—and taste plenty along the way to ensure accuracy.

“When people try our vodka, even at room temperature, they often can’t believe they’re drinking vodka on its own because of how clean the finish is,” notes Jennifer, who cautions vodka enthusiasts to beware of competitor labels boasting claims like “13-times distilled,” as this only references the number of times the tails are recycled back into the recipe, never accounting for their actual removal. 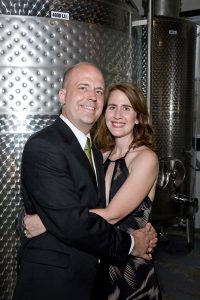 It’s an added step the team wanted in place to ensure the kind of high-quality vodka they themselves sought out—one that could stand up just as well on its own or in a martini as it could in a shaken cocktail. Cocktail creation, too, was not far off—just last year, the team launched a line of ready-to-drink drams, featuring options like a Blood Orange Cosmo and Chai Tea Mule, along with a Daiquiri. The latter uses their house rum, the only other spirit they produce besides vodka. The reason, Barry offers, is one of restraint:

It’s just one of the lessons Barry and Jennifer have learned in 13 years with the company, more than a decade of insights into the imbibing world and their own ideation process. Here, the couple shares a few more tried and true tips that have come in handy in their entrepreneurship pursuits. 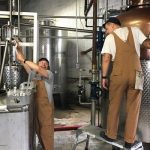 In addition to altering their respective trajectories—both Barry and Jennifer worked in healthcare before switching gears to the spirits industry—they aren’t afraid to be pioneers in several areas of their work. Case in point with the specific decisions they made when crafting their star product, including a dedication to potato vodka, inclination to use a high-quality yeast and the resolve for a distillation process that would yield a better taste, despite the extra time and energy it required. “Just because everyone else is doing something one way doesn’t mean that you will only be successful if you do it that way, too,” says Jennifer, who notes that although Barry had been trained to include the tails in the distillation process, it was questioning that approach that led them to where they are today.

“In order to really set yourself apart in chasing what you’re after, you can’t be afraid to change course.”

Insight #2: Keep your eye on the prize 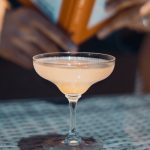 “To paraphrase record producer Jimmy Iovine, racehorses wear blinders for a reason—so that they can’t look left or right, they can only look straight ahead,” says Barry, who notes that such wisdom was particularly helpful for the launch of their craft cocktail line. “When every other brand was coming out with canned cocktails, we wanted to offer something that better exemplified the cocktail and the elegance that it contained for us,” he said. As such, their team debuted a line of craft cocktails that they bottled in flasks, a way to practically serve some of their favorite concoctions, while also paying homage to the craft cocktail’s storied history.

“We wanted to offer something simple and sophisticated, so it was important for us to put a lot of thought and time into the presentation,” says Jennifer, who also notes they followed a similar focus with their liter packaging, which serves up to 11 guests. “We wanted to appeal to the person who really celebrates the complexity of a craft cocktail—it was just one more way in which we tried to find our niche in a crowded market.”

Insight #3: Listen to those you trust 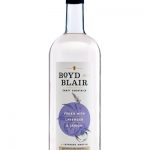 When it comes to the impetus to act, Jennifer credits collaboration with the team, yes—but also, the promptings of sage family and friends. “We had been making this lemon lavender cocktail for years, and our family and friends were always urging us to package and sell it,” she says. “We weren’t sure it was the direction we wanted to take—we wanted to remain disciplined so as to solely focus on our flagship products.” It wasn’t until a conversation with Jennifer’s uncle, a chef who she notes as being typically reserved in opinion, that the couple knew they had something to work with. “He told us it was ‘the best cocktail he had ever had in his life,’ and that we would be ‘crazy not to sell it,’” she recalls. “His comment cemented what we were hearing and was our push to action.”

The team knew they didn’t want to rush anything to market, so they took their time in perfecting the recipe for a bottled version, one that required consistency in large-format renditions. They also knew that unlike the cocktail they could concoct and consume within one evening, they would have to provide a takeaway version that offered flexible timing. “When we made it on our own at home, it would lose its freshness within a couple of days—but now, we’ve figured out a way to bottle it so that once opened, you have up to 10 days to enjoy it,” says Jennifer. With the ready-to-drink sector hotly on the rise, she’s thankful they made the leap—and recognizes their close circles for much of that success. “Our friends and family have supported us from the very beginning, so when they offer feedback—positive or negative—we know they are genuinely seeking our best interest and we want to listen.” It’s a lesson that has led to successful—and delicious—results.

In a shaker filled with ice, combine the vodka, simple syrup, and grapefruit juice. Garnish with fresh ginger or a sprig of rosemary.

In a small pan over medium-low heat, dissolve the sugar into the water. Allow to cool slightly. Place the rosemary sprigs and ginger in a glass jar, and pour syrup into jar, allowing the mixture to steep for about 1.5 hours. Strain. Refrigerate reserved syrup in a sealed container and use within one week. 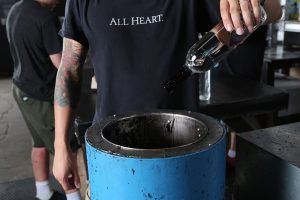 Berkley One is a Berkley Company and a provider of customizable insurance solutions for modern families. To learn more about our insurance offerings for collectors of fine spirits, wine and more, visit here.